Credits to the I Drink Lava 3D Audio Server on Discord for
technical and information support. Oppose Tyranny logo by mrpenguinb.

[photos to be posted later]

The decision to build this PC was rather spontaneous. As usual, we were discussing Aureal and Creative cards on the Discord server and I just decided on the whim to build the ultimate 3D audio build. If I manage to grab a capture card, it'll certainly be used for testing and recording footage. As for the name, well - the logo you see on the top right was plastered on some cheap Chinese 7.1 gaming headsets. I Drink Lava picked it as the logo for the server and the Youtube channel and, since this build is focused on 3D audio, it was only natural to call it that. 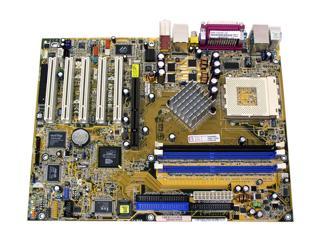 The A7N8X-E Deluxe was chosen for two reasons: support for all of the Athlon XP's and the nForce 2 Ultra 400 MCP-T chipset. From all of the Socket A motherboards with the nForce 2, only a few contain onboard audio with Nvidia SoundStorm, a very short-lived surround sound technology. One major problem is that Athlon XP mostly feeds off the 5V rail. Most PSU's at the time had 25-30A on that rail, but right after Athlon XP (and nowadays) all systems switched to the 12V rail and the PSU's followed with the new standard. And even then, some Socket A motherboards had a 12V P4 connector (which this one lacks), so the system would rely on 5V a lot less. In other words, either I'll have to use an old PSU or buy a modern ~1000W PSU - an absolute, unnecessary overkill.

However, there's a solution. The A7N8X-E Deluxe is quite popular among overclockers and they tend to hardmod the motherboard up the ass. I'll only need to do one - a voltmod that will feed the CPU VRM from the 12V rail, so it will allow me to use a normal modern PSU. It's fairly simple, too - otherwise I wouldn't consider doing this.

Anything above Athlon XP 2700+ is next to impossible to obtain here, so I went with the most powerful one I could find for cheap. I wasn't really chasing for the fastest possible speeds, and 2.17 GHz will do just fine for games up to 2004. The Thoroughbred core is usually regarded as the overclocker's choice, but the Barton core consumes less power and is therefore cooler. Even though I'm not really planning to overclock, I like having options. Regardless, Athlon XP's require good cooling, for which the absolute unit that is Thermaltake Sonic Tower will be used. I will continue to research the comparisons between Thoroughbred and Barton, as I currently do have a Barton 2500+, which is also highly used for overclocking. 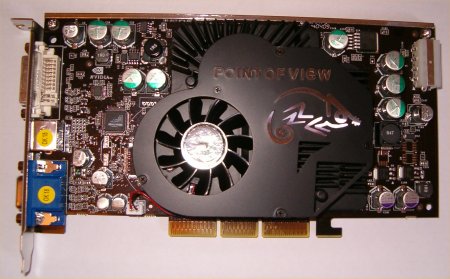 Initially, I planned to shove a GeForce 6800 LE on it, but it appears to be dead, as it didn't show a picture upon booting. Right now, GeForce 6200 is used as a placeholder card and it will be replaced by the Point of View GeForce FX 5900 XT as soon as it arrives. Again, it should perform fine for 2004 games, but I think I can forget about going above 1024x768. As the ill-fated FX series were the last to support 8-bit paletted textures and table fog, this GPU will also be used for Glide emulation. Here's to coping for missing out on Voodoo 5 5500... 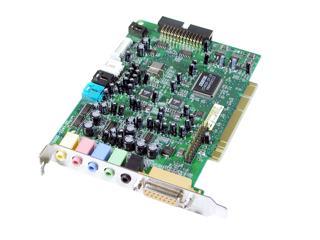 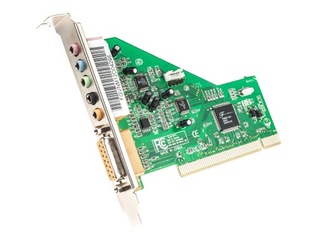 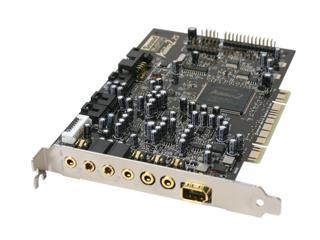 Not counting the onboard SoundStorm, as of right now the build sports FOUR more soundcards (see above) and, as the motherboard has 5 PCI slots, I need to fill the last slot with something. Creative's representative here is the Audigy 2 ZS - it supports EAX up to 4.0, has great sound quality and it supports Windows 98. Sensaura's representative is Turtle Beach Santa Cruz. Even though there's a number of other, cheaper cards that support Sensaura, only Santa Cruz sports ALL of its features, including ZoomFX and MacroFX. Diamond Monster Sound MX400 comes close, but no cigar. As the only game known to support the gameCODA middleware, Men of Valor will be used to benchmark the card.

The CMI8768 chip is an interesting one - there's not much information about it at all, including C-Media's official site, but it apparently supports Xear 3D, a sort of virtual surround sound technology. I'm eager to test it, but I suspect it's a glorified A3D 1.0/EAX 2. Same thing with ForteMedia FM801-AU - little to no information, aside from possible QSound support. I am yet to properly test QSound support on FM801-AU, so I'm assuming it's using an older version. However, in order to fully verify this, I've got to buy the Audiotrak Prodigy HD2 soundcard. Based on a VIA Envy24 chip, its latest drivers support QSound as well. There is a hardware-accelerated option: a VLSI Thunderbird-based Philips card, but these are currently impossible to acquire where I live.

The audio jacks on the motherboard don't work, I must investigate this further. Likely a hardware problem, likely needs replacing the outputs or simply resoldering. I also need to look into the motherboard/sound drivers and see if there's an option on all of them supporting Windows 98. Leaving out an actual Aureal card from this build feels like a blasphemy.

When it's all done, then I can move on to actually testing this build.